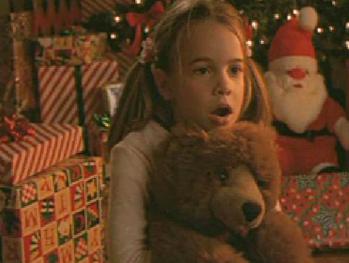 (click image to play)
Backstory:
TWAS began as a writing exercise suggested by Craig Carlisle, then-host of Naked Angels' Tuesdays at 9 weekly cold-reading series, when he proposed, as a seasonal theme:  dysfunctional holiday memories.
When I sat down to attempt a story, I wrote the first sentence.  And I knew I had my script.
The next Tuesday, TWAS was read cold, and went over big.  I then promptly drawered it and forgot about it, until a few years later, when the Stevedore Confederacy wanted to put on a Holiday show, Craig and I produced a one-act evening:
A Dysfunctional Family Christmas.  Out of the drawer came TWAS, to be staged for the first time.
​In the audience, for the one-night-only show, was producer Mitchell Welch of Red Navel Filmworx -- who after seeing TWAS, fell out of his chair laughing and told me I should film TWAS and he'd produce it.  I thought he'd had a little too much 'holiday cheer' but he was serious.  So we set out to 'fully realize' the play as a mini-movie with full 35mm production values to produce the strongest impact with perhaps the shortest film ever made.
However, being in Los Angeles, which is a hot desert place, we had to drive to five hours north to the mountains to find snow for the exterior shot.  Then, when interiors were shot on a later date, back in L.A. on a balmy day, the lights and crackling fire almost caused our little co-star to pass out.  But in the end, we feel we created a little Holiday classic.  Hope you feel the same.